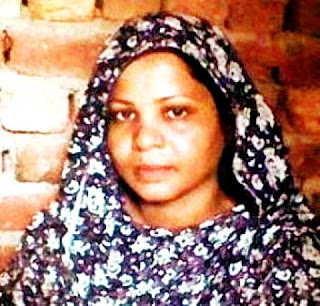 ISLAMABAD: Supreme Court of Pakistan confirmed Friday that next week it will hear Asia Bibi’s appeal against her execution in blasphemy case.

“I am very hopeful and confident that my client will get justice… and she will be able to spend her life with her children.”

The court confirmed Friday that the date had been set.

Bibi was convicted and sentenced to hang in 2010 after an argument with a Muslim woman over a bowl of water. Her supporters maintain her innocence and insist it was a personal dispute.
A decision by the court in her favour would “send a powerful message to the world that Pakistan respects the rule of law and not the mob,” Mustafa Qadri, an expert on human rights in South Asia, told AFP recently. –AFP

This article was published on 7th October 2016 on Samaa.tv