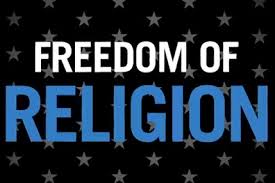 The growing cases of persecution of differing voices, views and faiths resonate almost loudly in the report that says the country should also be the “focus of concern” alongside Bahrain, Belarus, Horn of Africa and Kyrgyzstan.

The international religious freedoms watchdog released the report on Monday 2/5. The report reveals that a USCIRF team had visited Bangladesh to take stock of the situation prior to the making of the report.
The 2016 report makes mention of incidents of religious persecution of minorities, acts of land grab and other excesses that the minorities are subjected to. It says many people such as bloggers Avijit Roy and Ananta Bijoy Das had to lose their lives for speaking up for secularism, communal and religious tolerance, and transparency in governance.

But the report has praised the government’s efforts at providing security during the festivals of the minorities and for arresting those responsible for incidents of violence against the minority community.

Speaking of the status of religious freedom in the rest of the world, the report observes, “By any measure, religious freedom abroad has been under serious and sustained assault since the release of our commission’s last Annual Report in 2015. From the plight of new and longstanding prisoners of conscience, to the dramatic rise in the numbers of refugees and internally displaced persons, to the continued acts of bigotry against Jews in some part of Europe, and to the other abuses detailed in this report, there was no shortage of attendant suffering worldwide.”

In the report, the USCIRF recommends that the US State Department add 8 more nations to its list of “countries of particular concern” (CPC), where particularly severe violations of religious freedom are perpetrated or tolerated. These countries are: Central African Republic, Egypt, Iraq, Nigeria, Pakistan, Syria, Tajikistan and Vietnam.
The independent US federal government advisory body has also recommended that the State Department re-confirm 9 countries as “CPC” and take additional actions to promote religious freedom. Burma, China, Eritrea, Iran, North Korea, Saudi Arabia, Sudan, Turkmenistan and Uzbekistan are those countries.

Bangladesh’s neighbour India features in the “Tier 2” list, a Commission category for governments that engage directly in religious persecution and/or tolerate violations that are serious but not as a “CPC-level”. Interesting that reportedly Modi’s India refused the Visa for the “Commission for Religious Freedom”, so the normal verification could not be held (more details in following article: Visa for India denied to “Commission for Religious Freedom”).

The USCIRF has urged increased US government attention also to the “Tier 2” countries. This list includes Afghanistan, Azerbaijan, Cuba, Indonesia, Kazakhstan, Laos, Malaysia, Russia and Turkey.
The list in which Bangladesh features does not fall within either the “Tier 1” or the “Tier 2”. However, it forms a separate “club” of nations where the instances of violations of religious freedoms are a cause of concern, nonetheless.